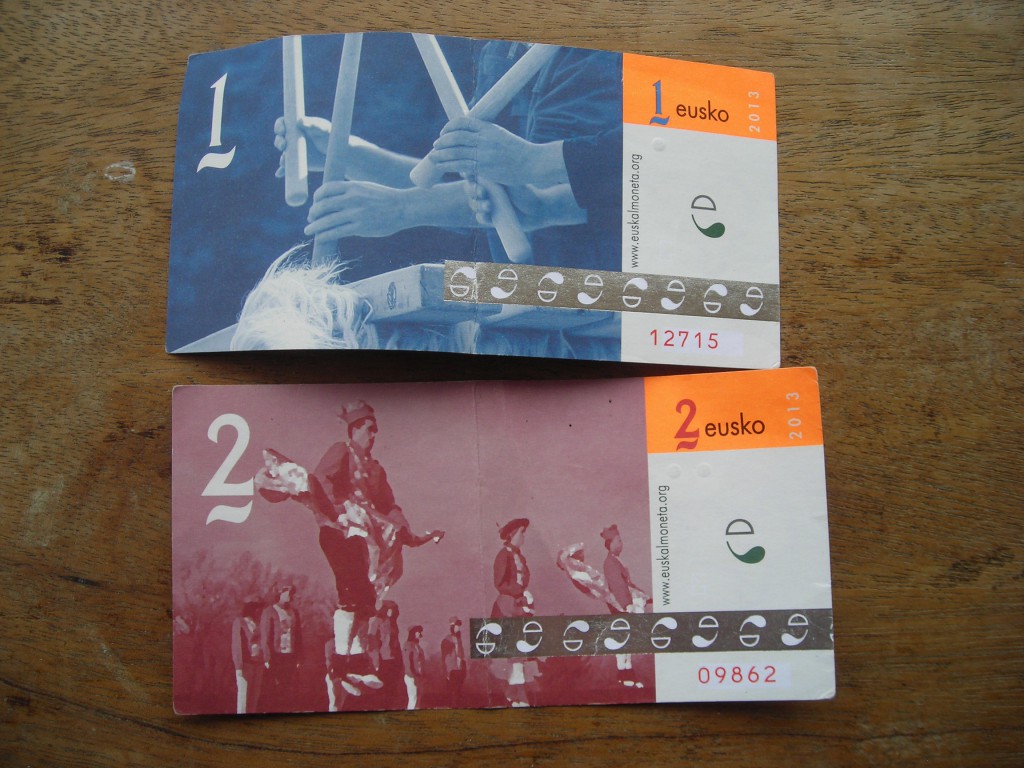 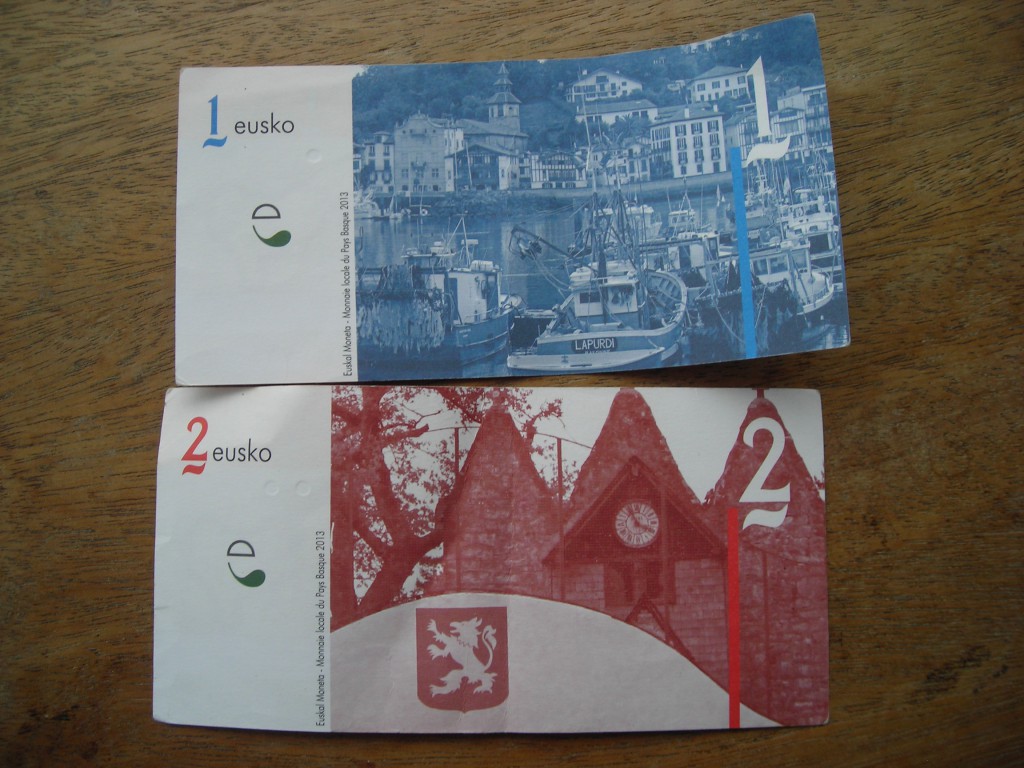 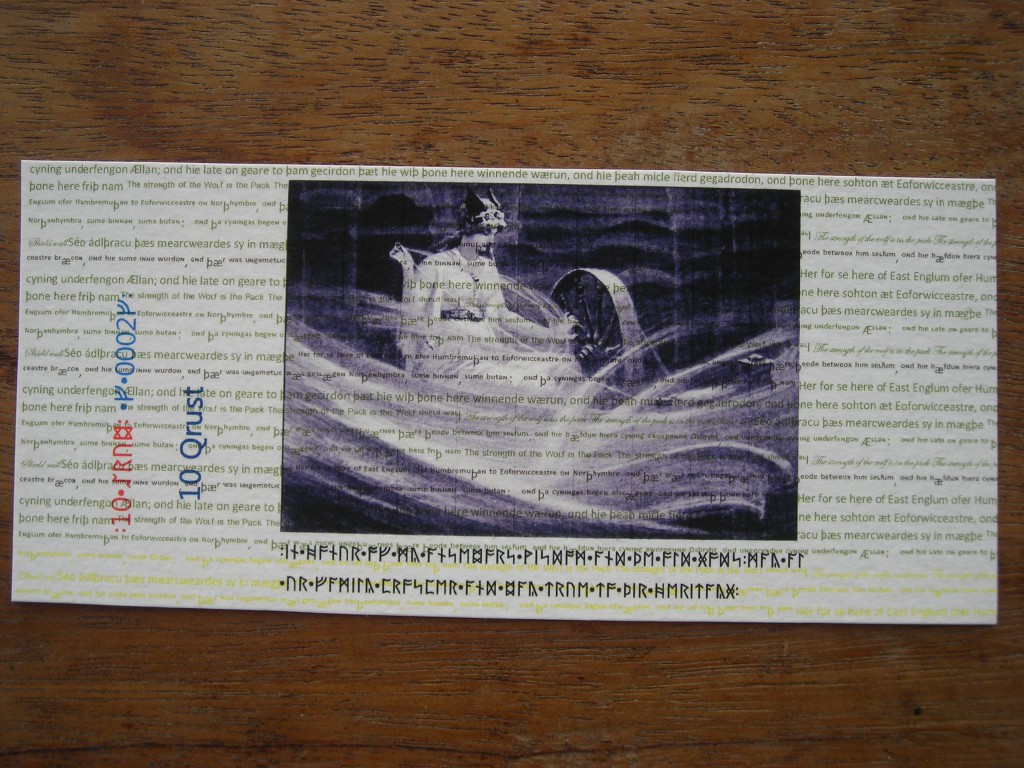 Like most currencies, the euro is seen as essential, but not exactly respected. The copper coins, were always steel coated in copper and are beginning to be known as eurorouille, or eurorust. This gave me an idea for a name for the new money, Qrust. Earning a crust is a well known saying in English, but using the Q at the front makes it a new word, reminds us of Quid. Because our coins are old they do often have slight oxidation but this is self protecting verdigris, or patina. The metal mellows rather than disintigrates as iron will. The copper content makes them anti-microbial, and so even though nearly 100 years old and often dirty, they are less likely to carry hamful germs than any steel surface, even stainles steel. Does anyone have any thoughts on the name Qrust, or any other suggestions? 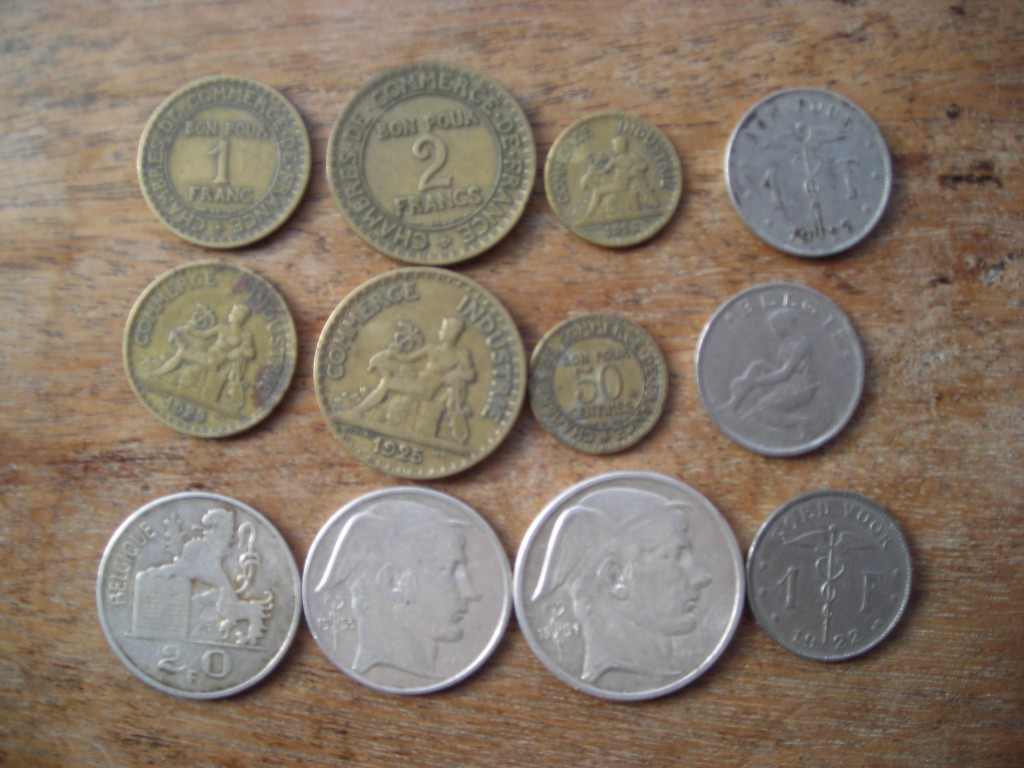 Many transactions are made on line rather than in shops these days. Auction sites often cater for small businesses, and these businesses are just as in need of protection from banks and multinationals as high street shops. Some sites are so big and multy purpose that it is hard to have an influence, but others serve a community of people with a common interest. A complimentary currency would aid traders on such sites in the same way that local currencies do in Bristol Stroud Lewes Brixton and other transition towns. The benefits of keeping money circulating within a local community is still applicable to an international community. Collectors of Postcards, stamps, old coins, etc. often make purchases on line of just a few pounds and choose to pay by cheque, or even postage stamps, within their own country, but this is not possible for international transactions, even within the euro-zone. Often the alternative is Paypal which costs a very significant part of the transaction, exactly the type of leakage a local currency is designed to prevent.
There are still many countries that paypal does not recognise. A complementary currency would avoid these charges and could be used by a collector in any country. Before there were internet sites many collectors would meet at fairs and continue to exchange items by correspondance, but internationally this was often limited to barter, as there is no international money, especially one that can be sent by post. The currency I am suggesting would be a voucher for the currency issuers online shop and any other collectors registered on the site. There will be no exchange back to sterling or any other fiat currency, so it would be very difficult for any postal thief to dispose of the currency, especially if the sender had noter the serial N°s., more difficult, in fact, than for the postcards or stamps travelling in the oposite direction.
The currency issuer would however back the currency 100% with collectable assets in their online and on-street shop. The real value of the currency to a collector would be of course that they could buy collectables with it, but the issuer will always keep a suply of mint stamps valid for postage in each of the major countries and for sale at face value in exchange for the complementary currency. These would be mainly permanent value stamps, such as 1st or 2nd class UK stamps, and this would be part of the back-up for the currency allowing it to hold its real value. One currency unit would always be worth about 8 UK 2nd class stamps and so its value in sterling would rise over time. Its value would be based on a range of items, not just the UK 2nd class stamp so it wouldn’t have gone up by 38% this year as the stamp has, but certainly by 5% making it a collectable in itself.

The revolutionary government will need to think very carefully about the monetery system. Britain has been the world leader in many things in the past, certainly railways as we have already mentioned, but also ship building, car, motor-bike, and push-bike manufacture, canals, aircraft manufacture, my father was still carying a tiny prototype piece of concorde that he had made over 40 years earlier, when he died. Many things were invented in Britain, from the spinning jenny to ultrasound and the hover-craft. From this inventiveness and skills came world leading products, and the structure behind the industrial devopment. Lloyds of London was the world leading insurer, the city of London was the worlds financial centre, when it served enterprise. The Pound was made of gold and heald a steady value.
Why can’t England compete anymore? Because the international monetary system is rigged against it. There is a real problem in that workers in many counties have less social protection than in England, and I have already proposed many measures to counteract the effec tof this. There is also a problem caused by the monetry system itself. Several towns in Britain and elswhere have introduced local money, in a bid to keep money circulating in their own town. Examples are Bristol, Lexes, Brixton, and Stroud. All of them become worth less with time, either along with sterling or at a faster rate. The loss in value encourages a quick turn around of the money, and funds the costs of the system and maybe local charities. Many transition towns also encourage ecological projects.
These are brave attempts to support small business  against international business and government tolerence of their massive tax avoidance. But for the economy to flourish properly, government action is required. Stability and fairness probably sums it up.

The price of silver has now reached £19.52
That gives a value of £ 5.45 for the silver shilling, still no increase, but 5.50 triggers the rise, so we could nearly be there.

Wages should be at a level than an ordinary person can live on. On the other hand a global market place employment will tend to move to counties where wages are lowest. Free market forces should lead to a reasonable balance, but that’s not what’s happening. Markets aren’t free, they are manipulated. The price of commodities is fixed by futures and options markets, and curency exchange rates are fixed on the forex market in the US. Because of leverage, often a far greater amount of an item is traded on the exchanges than actually exists in reality. David Cameron once said that England couldn’t compete in the manufacture of ordinary clothing, and wouldn’t want to, but there is a place for English
business in the higher end of the market. No-one wants a job in a clothes factory that pays £ 400 a week + 4 silver shillings? The skills still exist, and keen workers could be trained in a few months, and the average pay in the textile industry in the UK is £ 612 a week. So surely £ 400 is reasonable to start rising to £ 600 for skilled efficient workers, and more for the more difficult jobs. English workers have better social conditions than Bangladeshi workers. The UK consumer should pay the same towards pensions, heath cover etc. wheather the item is made in England or not. The revolutionary will lower Nation insurance contributions for English workers and their employers and charge the equivalent in customs duties on goods arriving from countries where the workers have no such cover.
Countries that provide reasonable cover for their workers will be exempt. This should help to improve conditions in the far east whilst providing employment at reasonable rates in England.